Arrived back at Kuala Lumpur airport at 2:00pm having lost an hour in the timezones. I was going to catch the express train but at 3 times the price of the bus, that wasn’t going to happen. The bus was supposed to go to Chinatown. This was where the bike and luggage had been left at the 5 Elements Hotel. That didn’t happen. The bus went to KL Sentral and everyone got out. On alighting I asked the driver about Chinatown and he just pointed and said something in Indonesian, so I gave up and resigned myself to walking to the hotel. I managed about 10 minutes of the walk before hailing a taxi. Hang the expense, I had already spent a fortune on this exercise what’s another few dollars. I was warmly greeted back at the hotel with questions about how I went. Deposited my luggage in the room and was anxious to check the bike. All was good.

Back in the room I had to reorganise everything, put things back in their proper bags. Just across the road was a huge Chinese flea market. On my previous excursion into this maze I had spied some 10 litre dry bags. I was tried of my sheep skin seat cover and my dry rider jacket getting wet, so I thought these, strapped to the top of my panniers would be just the shot. I found the stall and asked if he had a red one. He didn’t, so off he went to get one, presumably from another stall holder. On his return with the goods and I had checked it out, I asked for another, so off he went again. A deal was struck for the 2 although he looked a bit to happy for me to think I had made a good deal. I continued through the market looking for food and came across a man selling Gro Pro accessaries, and I needed a new battery. He had one but I wasn’t sure it was the right size so I had to return to the hotel, grab my dead one and return. Sure enough, exactly the same. I had done well on the shopping front. Found something to eat and back to the luggage sorting and new dry bag stuffing. The temporary large bag I had brought to stash gear into for the left luggage purpose was discarded and all was well, except there was still way too much gear. Poor bike. Sleep came very easily that night.

Everyone seems to be putting up Christmas decorations. Something I hadn’t thought about. Where will I be for Christmas? Guess it wont be at home with the family, they may have to wait for Chrissy presents.

I had to head for Thailand in the hope that the permit would come through. I had received a message from Ms Thip mentioning the 2nd or 3rd of December, however, I was a bit sceptical as the 30 day lead time would’t arrive till around the 14th. I needed to return to the Garden Inn in Georgetown to retrieve my laptop charger. Headed out around 9:00am. I was surprised when the manager caught up with me outside the front door to thank me for staying at the hotel, shake my hand and wish me the best of luck on my travels. I almost felt important. 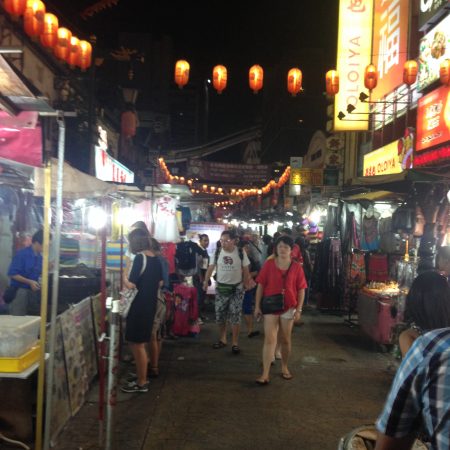 I didn’t want to take the boring tollway the 400 and something K’s back to Penang, so I headed for the “coast” road. Not really on the coast but closer to it than the tollway. It wasn’t such a bad ride although it did pass though quite a few look alike towns and their associated traffic and traffic lights which slowed the journey somewhat. The intermittent rain didn’t help either. I kept on riding through most of them knowing that just down the road a bit it was probably dry. However, with the sky getting darker the further north I ventured north and with the prospect of further delays, when I came to a turnoff to the tollway, about two thirds of the way to Penang, I went for it. As has happened previously, I get to within 50 kms of my goal and down it comes in bucket loads. By now I was already soaked, but only on the front. With wet weather gear on, I would be soaked all over. I really don’t like driving in heavy rain on tollways, much less riding, so at the first convenient overpass I sought cover, along with a  few other wet souls. It took a good hour to pass and by the time I hit Penang it was as if it had not rained at all.  The weather was still rather threatening and as I crossed the long bridge that joins Butterworth on the mainland to Georgetown on Penang Island she was blowing up a storm. I was having fun keeping her in a straight line. I got to the hotel just before it started to pour. My clothes had all but dried out.  Booked in, retrieved my charger, changed and went to get some breakfast supplies and some dinner. Got wet all over again. I mean who carries an umbrella on a bike.

Today started with a rush to the bathroom, an event which was repeated throughout the day, Just what I needed. I hastily booked my room for another night, I wasn’t going anywhere today. After popping a few pills that I had been carrying since home, things settled enough to attempt a bit of lunch. This I though was a bit risky, but I had to eat. It seemed a long walk back to the hotel, luckily I made it. I caught up with a lot of forums mostly to do with Thai permits, licences. bike rego and insurance.

Around 5pm I got it. Ms Thip had come through and sent me the photos of the granted permit. I could enter Thailand tomorrow. Also tomorrow she would send the temporary bike rego and the insurance. What a bloody relief. Had she been here I would have given her a jolly big hug. The permit allows me to enter from Malaysia and exit into Myanmar with 30 days to do it. I can now forget about Plans A, B, C and  D. until the next hurdle comes along. Joy oh Joy.

Ms Thip was to send me the thai insurance at 9:00am. but that didn’t happen for some reason. I was keen to get to  the border, mainly to find out if all that preparation had paid off. The remaining necessary document came through around 11.00am, as which point I loaded it on to the USB stick and headed for the reception desk to ask if they could print them for me. No worries the staff were great. So pack it all on to the bike an get going. Thai borfer was only a couple of hours away.

Arrived at the Sadao border control. Getting the garnet signed off was a matter of being escorted for one office to another till we found the right officer. very gentile man. did a very thorough job and after a short conversation I was out the door, back on the bike and off to the Thai border control. As usual I parked to bike in the wrong place and had to move it. Walked into the visa office and was given a visa application to fill in. I was directed to the queue of bus people. Took a while to get my stamp for a 15 day visa, even though my permit was for 30 days. Seems the immigration mob and the transport mob don’t talk to each other. Just another thing I have to overcome. Now the garnet had to be stamped. Another queue, this time of lorry drivers getting their temporary permits. After the lady at one window entered it all into a computer and gave me the printout which I then had to take that to the man at the next window along with the garnet. He checked it out and put the stamp where I told him to. I really don’t think he did the full job but I had the stamp. Hopefully it’s OK. By this time it was starting to get dark and it looked like heavy rain was coming. Just down the road was the town of Sadao. It was a bit sad as well. If it wasn’t for the border It probably wouldn’t exist. Pulled into a good looking hotel and check in. Bit expensive but it was better than being drenched and riding in the dark to find another. Now for food. Ummed and ahhed over to which street kitchen I would give my custom. I probably could have chosen better. I settled into my massive bed soon after dinner and promptly went to sleep.